Manali, a name given after the Hindu sage Manu, is a hill station in the Indian state of Himachal Pradesh situated on the northern end of Kullu valley which is joined to national highway leading to Leh. Manali is a very small town with a population of around 8000 and has become a popular tourist attraction in the recent years. It has very cold winters and pleasantly cool summers. This hill station is also referred to as ‘Valley of Gods’. It has a breathtaking landscape with well-defined snowcapped mountains, fruit orchards, and pine and deodar trees. The first apple orchard was planted by the British in a place native to Manali. This place can be reached through air, rail and road. Superb Rohtang Heights is the best resort in Manali.

Top five things to do in Manali:

Solang Valley — Solang valley is a valley on the side situated on top of Kullu valley. It offers a number of sports activities both in summer and winter, some of which are Paragliding, parachuting, zorbing and skating. It also has some very popular and reputed ski resorts. During summer skiing is replaced by zorbing which is a ball with room for two people rolling down the hill. There are also facilities for horse riding, trekking, etc.

Rohtang pass — It is a high mountain pass in the Himalayas that connects two passes, the Kullu valley and the Lahaul and Spiti valley with two different cultures. Kullu valley has Hindu culture and Lahaul and Spiti valley has Buddhist culture. Hotels In Kullu Manali, This is a very common trade route between people on both sides of Pir Panjal which is there since ancient times and thus traffic is quite obvious on the pass.

Hidimbi Devi Temple — The temple is dedicated to Hidimbi, sister of Hidimba who performed meditation here. Hidimbi became the wife of one of the Pandavas Bhima, when the Pandavas were in their exile. Here Bhima and Hidimbi gave birth to their son Ghatotkacha.

Bijli Mahadev Temple — This is located at a high altitude in the Kullu valley is the most sacred temple in Himachal Pradesh. The Shiv Linga is shattered into pieces every time the lighting strikes the temple and is thereafter resurrected by a pujari using butter and sattu. This temple provides a panoramic view of Kullu and other valleys around.

Manali sanctuary — It is a wildlife sanctuary in Himachal Pradesh about 2 kilometers from Manali. This is located between the deodar, horse chestnut, kali, walnut and maple forests. Some of the animals that are commonly seen here are Leopard and Snow Leopard, Musk Deer, Monal and Brown Bear.

PrevPrevious7 Reasons why Kullu Manali will be your next dream destination!
Next7 Top Reasons To Visit Kullu-Manali For All Types Of TravellersNext 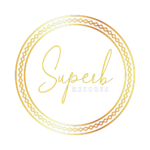